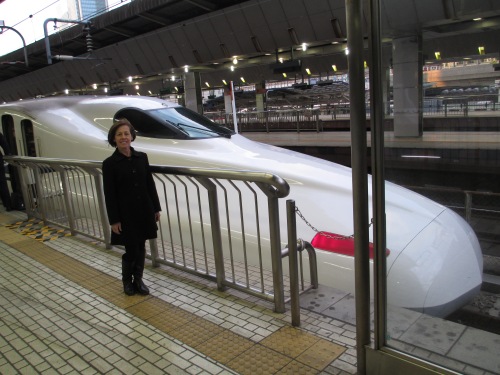 We flew from San Francisco to Narita, took a train to Tokyo, spent one night in a hotel, boarded an early Shinkansen and arrived in our destination of Okayama city, located between Kyoto and Hiroshima on the inland sea. Exhaustion from two days of travel hit hard and all we could really do was grab a quick bite to eat and settle in for the evening. Fortunately, the refrigerator was well stocked and the snacks came in handy when jet lag surfaced at 2 AM.

Our first destination was the Peace Museum in Hiroshima. So much of the Okazaki family history had to do with World War II; visiting the memorial was a fitting way to begin this leg of our journey. Pearl Harbor may have been the reason the Okazaki’s were interned but the end of the war was ultimately the reason they returned to Japan. In 1945, post war Japan was in ruins, poverty was rampant and food was scarce. Hiroshima was about 115 miles from the village of Tabara where the Okazaki family relocated and where the matriarch Kiwa still lived.

Following our visit to the epicenter of the bombing, we travelled to the sacred temple at Miyajima to pay our respects. 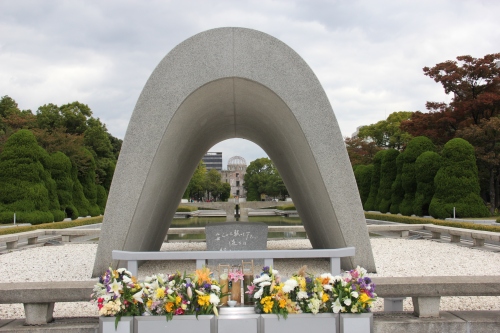