February 19 – A Day to Remember 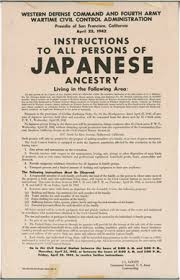 On February 19, 1942, then President Roosevelt signed Executive Order 9066. This legislation set the stage for approximately 120,000 ethnic Japanese to be incarcerated; the majority were American citizens. Many were initially housed in animal quarters at racetracks. Eventually, most were sent to live in “Internment Camps”  located in remote areas of the United States. There were also camps in Canada and Australia, as well as Hawai‘i. Eventually, Germans, Italians, Japanese Peruvians and others were also held without due process, primarily in Department of Justice Camps. Some were intended to be used in a prisoner-of-war exchange.

Throughout the month of February, community events, special church services and film festivals will be held in honor of those unjustly imprisoned. In Los Angeles, the Skirball Cultural Center has on display camp photographs by Dorothea Lange, Ansel Adams and Toyo Miyatake, which runs through February 21. The Nichi Bei Foundation will host an all-day Films of Remembrance on February 20. And on Sunday February 21, the National Japanese American Historical Society  will hold an event in San Francisco. Commemorations will also be held across the country, including an exhibit at the Smithsonian’s National Museum of American History. Densho has developed a “Teach-In” consisting of five free digital lessons about the internment experience.

If you aren’t familiar with Densho, be prepared to be impressed. The website states that “Densho’s mission is to preserve the testimonies of Japanese Americans who were unjustly incarcerated during World War II before their memories are extinguished. We offer these irreplaceable firsthand accounts, coupled with historical images and teacher resources, to explore principles of democracy, and promote equal justice for all.”