From January 11-15, 2016, I was immersed in the study of Beginning Genetic Genealogy, one of many tracks at the Salt Lake Institute of Genealogy. Five hours a day for five consecutive days, a group of about forty eager students listened attentively as Blaine Bettinger, CeCe Moore and Angie Bush explained the ins and outs of DNA for genealogists. On the last day, the beginning and advanced classes merged to enjoy a hands-on activity of extracting DNA from crushed strawberries during our final lecture. It reminded me a little of Sister Christopher’s high school chemistry class. Fun!

I returned home with multiple DNA kits in hand. One was sent to an Etheridge cousin for a Y-dna study. Another was sent to an Okazaki cousin. An autosomal to another.

In the midst of this excitement I was invited to the home of yet another cousin to scan photos. Not just any photos. I am talking about very old photos from my Corville/Cullum line. In 2011, I used Y-DNA to prove the connection between my Corville line in San Francisco to an Emerson line in New South Wales, Australia. It was a perfect match. And now I have the photos to go with the DNA. I only hope I have as much luck with my Etheridge, Okazaki and Orchard Lines.

Here is a look at some Mitochondrial DNA: 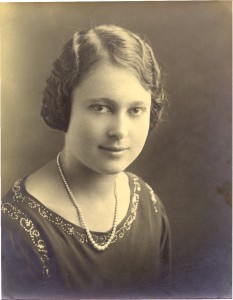 For more information about Genetic Genealogy, I encourage you to look at the ISOGG wiki, or follow one of the many genetic genealogy blogs.